The church is now open for private prayers on Sundays Only.

The next service is the Harvest Festival on Sunday October 10th at 9.30 am.

Produce and food can be brought to the church on Saturday October 9th between 10 am and 2 pm.

During this unprecedented time, the Parish Council would like to offer some words of encouragement and reassurance to all the villagers of Letwell.

We strongly advise that everyone follow the government and Public Health England’s guidance on social distancing. Only leave your homes when absolutely necessary, and should you display any new symptoms, such as a cough or high temperature, you should isolate for 7 days, and all other members of your household should stay indoors for 14 days. If anyone else begins to show symptoms during this time, they should then isolate for a further 7 days. Also, be sure to keep a sensible distance away from anyone you may see when out and about.

Things are certainly going to be challenging for the foreseeable future, but we can all try to make things a little bit easier for each other by rallying together as a village. Try to stay in touch with your immediate neighbours, either by phone or even over the garden wall! If you have neighbours who are self isolating or are particularly vulnerable, check in to see if they need anything from the shops. These are potentially lonely times, so a friendly hello or a bit of small talk can go a long way towards looking after our mental health as well as our physical health.

These are difficult and uncertain times, but as a village we can get through it together stronger. And we can all come together for a proper party when it’s over!

The continuing success of the live music events at Letwell Village Hall won acclaim at the first ever Rotherham Music Awards.

From 100 entries the judges shortlisted the village hall as one of three finalists in the best venue category.

Letwell didn't ultimately win the award, but the judges praised the enthusiasm of the volunteers, and said they deserved much credit for bringing high quality live music to a venue far off the beaten track.

The village hall committee attended the ceremony at Magna, and enjoyed the experience immensely.

Vicky Bennett, chair of the hall committee, summed up the feeling.

"It was a huge achievement getting shortlisted. A lot of people put in a lot of effort, and we came away from the ceremony feeling a great sense of pride. 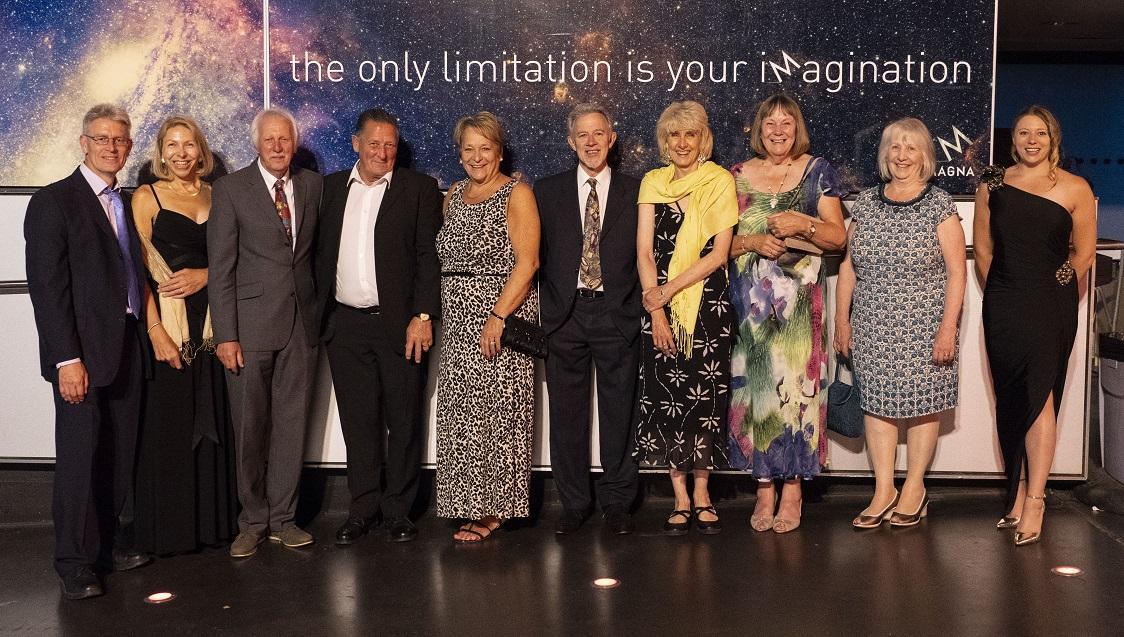 Mary Marsden might struggle to make sense of it all.

In her day the Post Office was at the very centre of village life.

No competition from the supermarkets in 1922. If you wanted to buy a stamp at Letwell almost a century ago then Mary's cottage was the only place you could go. If you wanted to claim your pension - which was running at around 8 shillings a week for a married couple in those days - Mary's front room was the place to be. Automatic bank transfers weren't on anyone's horizon way back then.

Mary's tenure of office lasted over 20 years, and the mother of 12 went on to become the oldest postmistress in Britain continuing to work and serve the community five days a week until she was 89 years old.

Little changed during Mary's time. But my wife, Mary's modern day successor, has not been so fortunate.

When Janice initially took on the responsibility back in 1975 business was booming as much as it ever would in a tiny South Yorkshire farming village with a population of around 140.

Often there was a queue of customers cashing pensions, sending parcels, buying stamps, postal orders and TV licences. The local farmers would pop in to buy their National Insurance stamps.

The post office, such as it was, filled the front porch of our cottage, and measured a mere 6 ft. by 6 ft. There was no security screen just a shelf with leaflets and a desk on wheels which Janice moved into place each morning at 9 a.m.

The porch was abuzz with chatter most of the time. The elderly would call in for a second class stamp, and stay for an hour or more. If anyone from the village knocked on the door at 7 or 8 o clock at night wanting something or other then Janice would always open up come what may. We'd take in parcels and deliver them to the door or keep them for a couple of weeks if someone was on holiday.

In 1979 the arrival of our first child saw Janice retire. The post office moved to our neighbour Margaret's cottage 200 yards up the road. Customers would knock on the door, and end up being served in Margaret's front room.

Janice returned to run the post office again in 1996, but things were never the same again.

Management cut the opening hours from five days a week to three mornings. In future the business would only operate on a Monday, Tuesday and Thursday from 9 am till 11.

Successive governments got in on the act as the years went by chipping away at the core of the post office's business. Pensioners - who had been encouraged to have their weekly benefits paid direct into the bank - no longer queued outside the front porch. Janice lost the right to sell TV licences. National Insurance stamps were no longer available either. Postal orders were a thing of the past.

Most of the customers bought their stamps while they were doing their weekly shop at Sainsburys or Tesco. It was easier than making a special trip to the post office.

The end was nigh when management undertook a review of Janice's pay. The outcome was devastating. Instead of £265 a month her salary for 26 hours a month was reduced to £175, a huge cut just short of 33 per cent. In simple terms she was now earning less than £7 an hour - an amount even below the Government's minimum living wage.

You could earn more cleaning the toilets at the local Town Hall. The girl who washes the floor at our village hall gets £10 an hour. She's got a job, of course, where safety's not an issue. Stand behind a post office counter, and there's always the danger that a man in a balaclava's going to turn up one day holding a shotgun.

We turned to our MP for support. He felt it was a case of "closure by stealth" and so did we. But his intervention brought no results. Janice asked her union for help, but senior management stuck their heels in and refused to budge.

When she finally resigned one of the managers asked her if Janice had "anybody in mind" to take over the office. Her reply was simple: "Who's going to do it for that salary....." Not surprisingly no volunteers ever came forward.

Now nobody chatters in our porch anymore. A focal point has disappeared from our village forever. Letwell Post Office is no more.

Let's be grateful that Mary Marsden wasn't around to see it happen.

Letwell's Village Fair now has a Facebook page - and we need everyone's help to make it a success.

The event, which is run by volunteers to raise money for the village church, has been running for more than half a century and is our busiest day of the year by far.

The more people who know about the Fair, the better, and the new page aims to attract people from Langold, Dinnington, Rotherham, Sheffield...

It's already packed with pictures and a superb video (courtesy of Stephen Boot of Theory Media Productions), so click through and take a look. 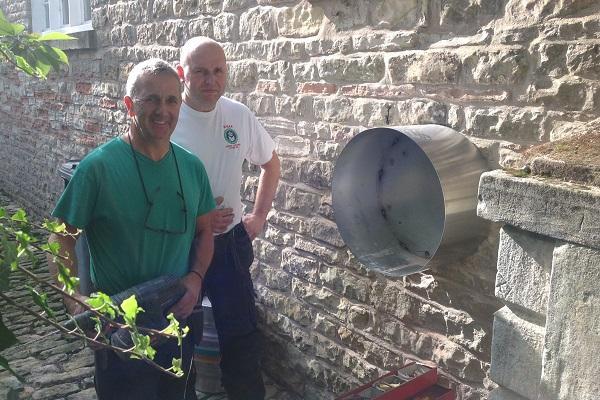 Installation of the Letwell de-fibrillator went ahead as campaigners prepared to host a question and answer session about the new life-saving equipment.

The de-fib has been fixed on the external wall of the village hall - in the alleway next to the main door fronting Barker Hades Road. Extra lighting has been put in place to help in the event of a night-time emergency.

Villagers were urged to attend an information evening at the hall.

Rita Harrison, who helped organise the cabaret show which largely funded the equpment, was hoping for a large turn out.

Yorkshire Ambulance Service's community officer Emma Scott - who was in the audience on the night of the cabaret - had been invited to demonstrate the equipment.

Rita said: "The meeting was a one off opportunity to gain knowledge and learn how to use the de-fibrillator. A lot of enthusiasm has gone into the project, and we're really pleased that the equipment has been put in place so quickly.

"We don't know how often it's going to be used - but the de-fibrillator would only have to save one life to pay for itself many times over."

Letwell's flying the flag for the first time.

The parish council installed an 8 m. high flagpole beside the old red telephone box a few weeks ago, and hoisted the White Rose flag of Yorkshire to mark the village's location right next to the county boundary with Nottinghamshire.

The flag, which measures 8ft. by 5ft. came free of charge via campaigners at the Yorkshire Ridings Society, who encourage "border villages" to fly the White Rose as a symbol of Yorkshire pride.

The parish council unveiled a St. George's flag in time for the annual festival day on April 23rd.

A flag commemorating the 70th anniversary of VE Day appeared on May 8th as 45 villagers and their guests gathered to mark the occasion with a lunch at the Village Hall and two minutes silence at 3 pm.

A bugler sounded the Last Post. Villagers then sang Abide With Me and rounded off the occasion with a rousing rendition of the National Anthem.

Clerk Martyn Sharpe said: "The event was a big sucess, and we're grateful to the village hall committee for coming up with necessary funding."